Questioning the usefulness of technology in today’s world, in any area of human activity, is moot. Undoubtedly, in its many forms, technology assists and sometimes even supersedes human capability, especially when dealing with massive amounts of data and information. The usefulness of technology increases exponentially during a crisis when immediate, large-scale spread of information or data sharing is required. During the SARS epidemic in 2003, the tech tools for remote communication and collaboration were in their infancy or in some cases, yet to make an appearance such as Facebook and Twitter. We are now seeing the role of technology playing out in real time during this outbreak of COVID-19, that has been running governments, supply chains, economies, global travel and stock markets amok. In some cases, the virus is sorely testing the upper limits of nations’ abilities to control the scourge that has descended upon them.

Technology has been front and centre during this particular outbreak. This is especially so in converging technologies such as mobile computing, mobile communications and broadband internet. There are three key areas where this is best reflected. First, when in quarantine, especially in another country, the use of mobile and broadband communication has allowed people to stay in touch with relatives and friends worried about their well-being. There are many who claimed that this constant contact with the outside world through social media reduced the sense of isolation and separation that being quarantined inevitably brings. The next deals with tech tools for remote communication and collaboration. Today’s technology allows employees to not be physically present in an office or even within the organisation’s premises when doing their jobs. Since COVID-19 has created significant disruptions to the lives of millions, technology has allowed business continuity as well as social distancing, aiming for minimal disruptions to economic activities in a digital world during a crisis. And lastly, technology allows access to information and can mobilise populations to pressure governments into action. It becomes increasingly difficult to control access to data and information. It also makes it easier for citizens to call out errant officials and their mishandling of the situation as well, as we have seen from recent cases around the world.

The fear of COVID-19 spreading into nations without the ability to handle the virus is scary on several fronts. Apart from the inability of public health systems to withstand the crisis in terms of availability of trained health workers, medical equipment and actual hospitals and transport infrastructure, another issue is one of weak digital connectivity. Improved connectivity prompts several technological advances and is a key enabler in fighting against any epidemic. There have been significant advances in this area, but access in some nations, especially in rural areas, is still limited.

During an outbreak, clear messaging to the local population is vital to ensure they are informed and reminded to use appropriate precautions. Connectivity and access, especially in far-flung areas, take on a new urgency in such situations. Technology also links hospitals and health institutions, as well as health professionals the world over, making it easier to monitor spread of infections over large areas. These are just a few ways by which technology assists in fighting outbreaks.

According to a 2019 OECD report, there is a significant connectivity gap between the most developed countries in Southeast Asia and those that are lagging behind. Much of the rural areas in the region have limited connectivity and supporting infrastructure. Part of the problem is physical; the presence of mountains and rivers, and part of it is a result of cost and the demand for energy to get the infrastructure set up and running. The spread of COVID-19 should highlight the importance of creating better policies on how we might digitise strategies to address such outbreaks in the region. Notwithstanding the negative aspects of the use of technology, including the rampant and often uncontrollable spread of false information, it can be an effective tool that can be used to the detect and treat patients. Therefore, one of the priorities in health governance for ASEAN would be to bridge the digital divide as part of pandemic preparedness.

Technology cannot stop the spread of a disease but it can educate and warn those on the ground and help reduce the impact. Where there is significant digital exclusion, our fight can be considerably weakened against a powerful pandemic. 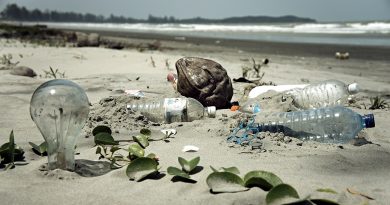 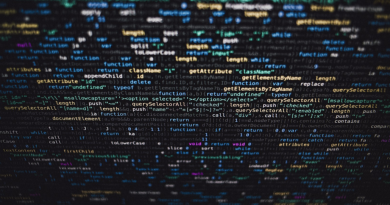 28 July, 2020 isjoeyliang@ntu.edu.sg Comments Off on Technology in Migration Policy and Practice 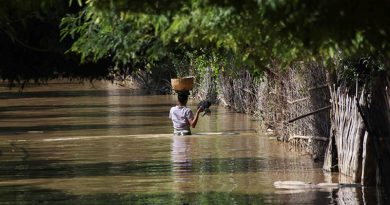